Why microservices - part 4: the last third of the success triangle: architectural requirements for rapid, frequent, reliable and sustainable development

This is part 4 in a series of blog posts about why and when to use the microservice architecture. Other posts in the series are:

In this post, I discuss the final third of the software development success triangle: architecture. Let’s start by looking the day to day life of a developer in a high-performance IT organization.

The developer experience in a high-performance IT organization 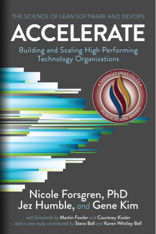 The research by the authors of Accelerate found that developers in high performing IT organizations can:

If you analyze these aspects of the developer experience, you will discover that a high-performing IT organization needs an architecture with the following quality attributes:

Let’s look at each of these attributes in turn and see why they are required.

Consider the first two aspects of the developer experience:

On the one hand, having a cross-functional team eliminates some types of coordination. For example, developers no longer have to coordinate with QA or operations. But on the other hand, Conway’s law states that an architecture mirrors the organization that creates it. A loosely coupled organization requires a loosely coupled, modular architecture.

A developer must be able to develop and test their module without regularly requiring other modules owned by other teams to be changed in lock step. A module’s interface should be designed so that it encapsulates (i.e. hides) the module’s implementation. That’s because, decisions that are hidden behind the interface can be changed without affecting other modules. Of course, not all changes can be hidden but it’s a design smell if a module’s interface is unstable.

The third aspect of the developer experience is “We can do most of our testing without requiring an integrated environment” The ability to test locally requires an architecture that is testable. There are several different aspects to testability:

The fourth and final aspect of the developer experience is “We can and do deploy or release our application independently of other applications/services it depends on.” The ability to deploy locally requires an architecture that is deployable. There are several different aspects to deployability: First, the architecture must support frequent and reliable deployments. As I described in part 1, high-performance IT organizations deploy many times a day into production with very few outages.

Now that you have seen that rapid, frequent and reliable delivery requires a loosely coupled modular architecture that’s testable and deployable, let’s now look at the architectural requirements for sustainable development.

As I described in part 2, sustainable development requires you to regularly upgrade your application’s technology stack. You must replace technologies that are destined for obsolescence with newer technologies. Replacing a library that is used by one module is relatively easy. However, many needed upgrades are potentially global in scope. Over the lifetime of a long-lived application you might, for example, need to change the language, the database, or the application framework.

For example, let’s imagine that around 2007, you had picked Ruby on Rails because it appeared to be competing effectively against Java. Today, you might want to migrate to Rust. The problem is, is that a big bang (total) rewrite of a large application to replace Ruby with Rust would be a massive undertaking. It would not deliver any value until the rewrite was completed. As a result, this kind of rewrite is rarely done and instead organizations choose to continue with an increasingly obsolete technology until it becomes an emergency. 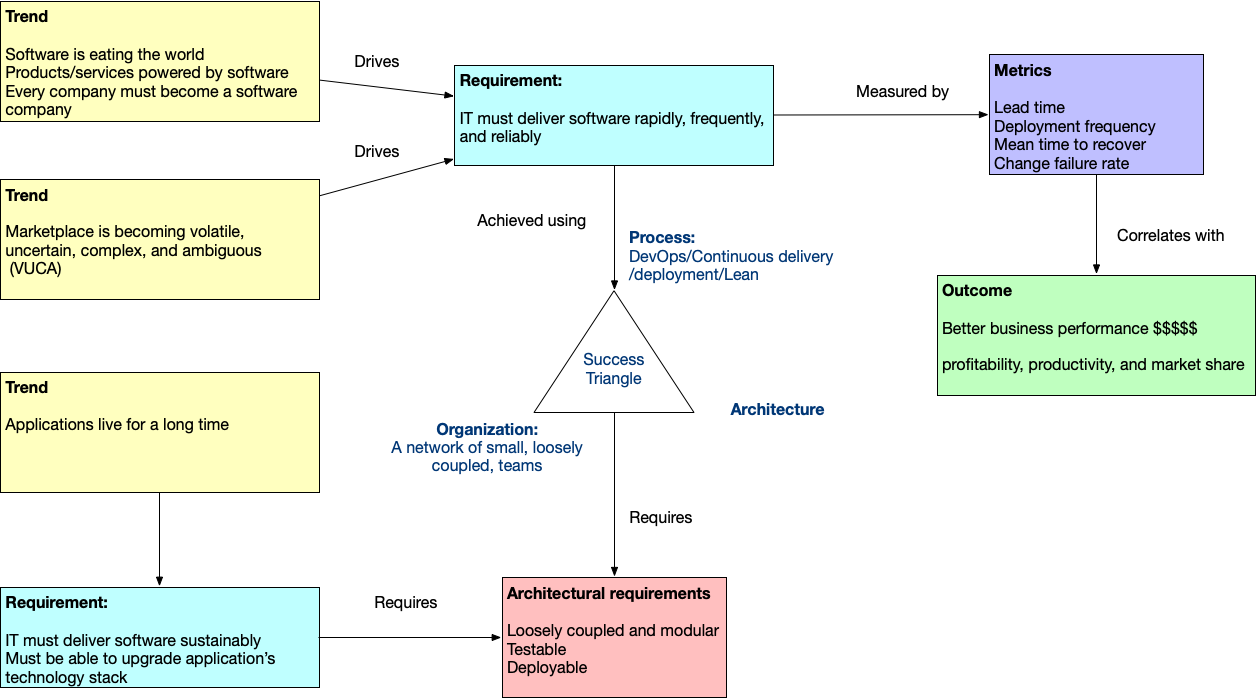 The next article looks at the monolithic architecture and how well it meets these requirements.