Define an architecture that structures the application as a set of loosely coupled, collaborating services. This approach corresponds to the Y-axis of the Scale Cube. Each service is:

To learn more about the nature of a service, please read this article. 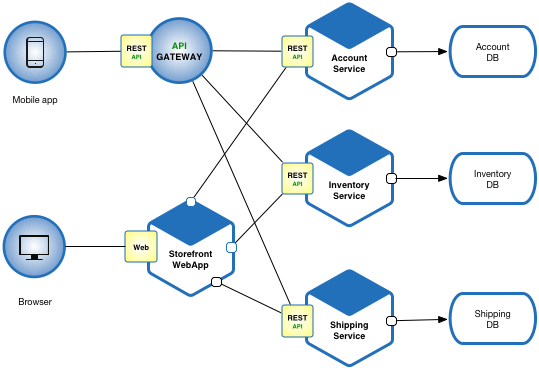 Show me the code

Please see the example applications developed by Chris Richardson. These examples on Github illustrate various aspects of the microservice architecture.

This solution has a number of drawbacks:

There are many issues that you must address.

When to use the microservice architecture?

One challenge with using this approach is deciding when it makes sense to use it. When developing the first version of an application, you often do not have the problems that this approach solves. Moreover, using an elaborate, distributed architecture will slow down development. This can be a major problem for startups whose biggest challenge is often how to rapidly evolve the business model and accompanying application. Using Y-axis splits might make it much more difficult to iterate rapidly. Later on, however, when the challenge is how to scale and you need to use functional decomposition, the tangled dependencies might make it difficult to decompose your monolithic application into a set of services.

How to decompose the application into services?

Another challenge is deciding how to partition the system into microservices. This is very much an art, but there are a number of strategies that can help:

Ideally, each service should have only a small set of responsibilities. (Uncle) Bob Martin talks about designing classes using the Single Responsibility Principle (SRP). The SRP defines a responsibility of a class as a reason to change, and states that a class should only have one reason to change. It make sense to apply the SRP to service design as well.

Another analogy that helps with service design is the design of Unix utilities. Unix provides a large number of utilities such as grep, cat and find. Each utility does exactly one thing, often exceptionally well, and is intended to be combined with other utilities using a shell script to perform complex tasks.

How to maintain data consistency?

In order to ensure loose coupling, each service has its own database. Maintaining data consistency between services is a challenge because 2 phase-commit/distributed transactions is not an option for many applications. An application must instead use the Saga pattern. A service publishes an event when its data changes. Other services consume that event and update their data. There are several ways of reliably updating data and publishing events including Event Sourcing and Transaction Log Tailing.

How to implement queries?

Another challenge is implementing queries that need to retrieve data owned by multiple services. 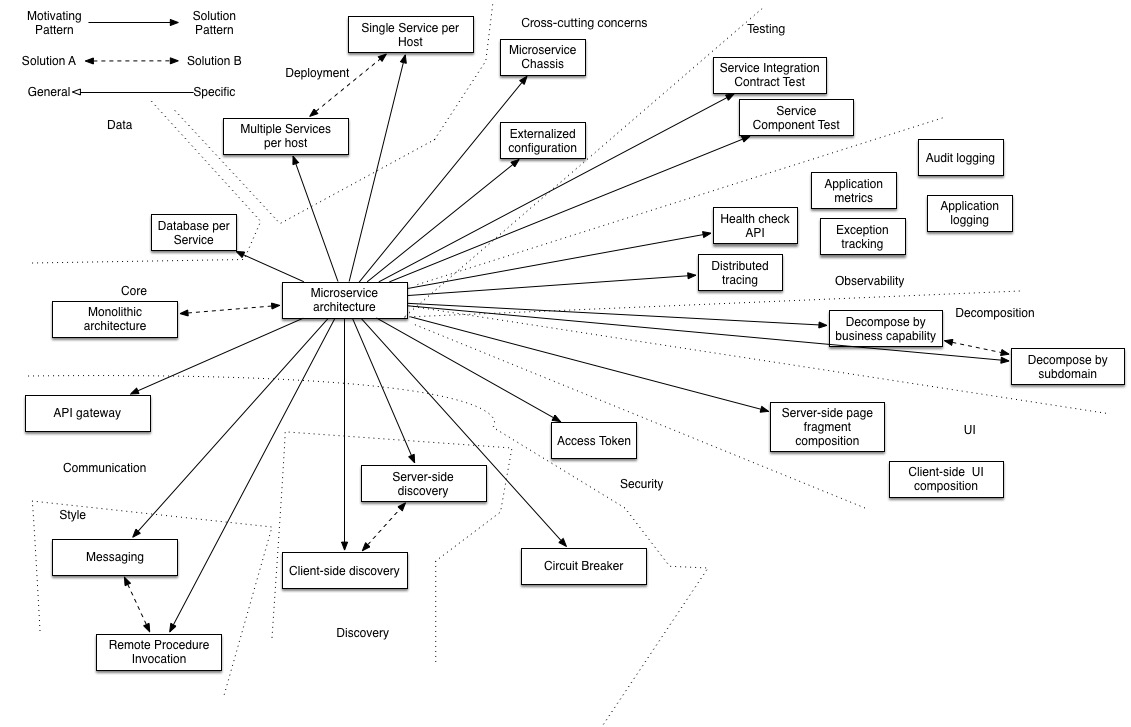 Most large scale web sites including Netflix, Amazon and eBay have evolved from a monolithic architecture to a microservice architecture.

Netflix, which is a very popular video streaming service that’s responsible for up to 30% of Internet traffic, has a large scale, service-oriented architecture. They handle over a billion calls per day to their video streaming API from over 800 different kinds of devices. Each API call fans out to an average of six calls to backend services.

There are numerous other examples of companies using the microservice architecture.

See my Code Freeze 2018 keynote, which provides a good introduction to the microservice architecture.